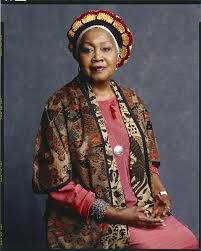 “a striking contralto voice . . . one suspects she will be heard from increasingly in the future.”–Re: Odetta in 1957, The New York Times, folkmusicarchives

One of my favorite folksingers/activists, Odetta, was born today in 1930 and died too young in 2008 a few weeks shy of President Obama’s inauguration, which she had hoped to sing at. Odetta influenced many artists: Tracy Chapman, Bob Dylan, Bruce Springsteen and so many more. The 60s were good to Odetta, she released 16 albums during that decade. She sang at the March on Washington in 1963.  “On September 29, 1999, President Bill Clinton presented Odetta with the National Endowment for the Arts’ Medal of the Arts, a fitting tribute to one of the great treasures of American music.”–mtv

Odetta knew that her singing and her choice of songs to sing were educating people all over the world on the Civil Rights Movement. “I’m not a real folk singer,” she told The Washington Post in 1983. “I don’t mind people calling me that, but I’m a musical historian. I’m a city kid who has admired an area and who got into it. I’ve been fortunate. With folk music, I can do my teaching and preaching, my propagandizing.”–peteseeger.net

I wish everyone a Very Happy and Healthy and Peaceful New Year. Let your inner light shine! Peace Be With You and Your Families! 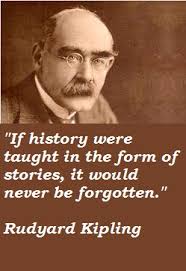 “If you can fill the unforgiving minute

With sixty seconds’ worth of distance run,

Yours is the Earth and everything that’s in it,

When my son was Bar Mitzvahed in 1998, at the end of my speech, I read this poem to the congregation. In addition, I think I assisted one of my children in research on a paper on Rudyard Kipling and got to know him very well, the good and the bad. Now that my son is living in India, revisiting Kipling seems just right. Kipling was born in Bombay (now Mumbai) and loved it as a child, but his parents sent him back to England for his education and due to their feeling of superiority over the citizens of India. Kipling, “for Indians, the man praised by George Orwell as “a good bad poet” remains a divisive figure.”–Andrew Walker, BBC Today, 2/19/2010

Kipling was born today in Bombay in 1865. As a child, he loved India and hated to leave it when his parents sent him back to England for his education. His parents did not go back with him so you can imagine the trauma this caused on a little boy! There has been talk of turning Kipling’s home in Mumbai into a museum, but I don’t think that has happened yet. According to The Rudyard Kipling Society of Australia, “Rudyard’s colonialist reputation remains controversial for post-colonial writers in India and elsewhere. Orwell called Kipling as a “prophet of British imperialism”, a man so devoted to duty, service and empire that his writing was bound to be full of prejudice, racism and an absolute belief in Britain’s military correctness.”

I know I’ve read some very good biographies on Kipling and it was a complicated childhood that evolved into a complicated life as a writer and a family man. His poem, “IF,” has been appreciated by millions since it was first written in 1895.”–John Gray

Hi Everyone: Not feeling so well so not blogging. Hope all are well by you and have a nice Sunday! 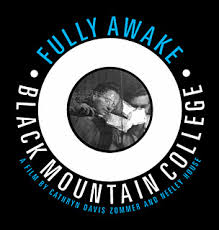 “Knowledge is the Harvest of Attention.”–Charles Olson

During the 30s, 40s, 50s, there was a college set up in North Carolina called Black Mountain College, which truly stressed a liberal arts education with plenty of arts.  “Black Mountain College was born out of a desire to create a new type of college based on John Dewey’s principles of progressive education.”-blackmountaincollege.org American poet, Charles Olson was born today in 1910 and taught at Black Mountain College in the 40s and 50s. “The founders of the College believed that the study and practice of art were indispensable aspects of a student’s general liberal arts education, and they hired Josef Albers to be the first art teacher. Speaking not a word of English, he and his wife Anni left the turmoil in Hitler’s Germany and crossed the Atlantic Ocean by boat to teach art at this small, rebellious college in the mountains of North Carolina.”–blackmountaincollege.org

THESE DAYS by Charles Olson

whatever you have to say, leave

the roots on, let them

where they come from 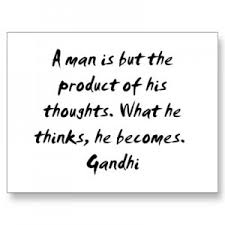 “Reflection must be reserved for solitary hours; whenever she was alone, she gave way to it as the greatest relief; and not a day went by without a solitary walk…”-Jane Austin

Yesterday was a very quiet Christmas in our home, the quietest that I can remember. We were never huge celebrators of Christmas since I’m Jewish and our children were raised Jewish, but there were years we had a tree and a wreath on the door. Now my husband and I have a small tabletop fake tree with lights and tinsel that we put out. I love to see the lights twinkling when I go downstairs to the kitchen in the morning. I remember the first few years after we had our daughter that we didn’t want to possibly offend my parents by putting up a tree; then we realized they didn’t care. We spoke to our son who is vacationing in Thailand (remember, he is now living and teaching in India) and having a wonderful time. He and his girlfriend were in Myanamar for 5 days and they were cold since they’re so used to the very hot climate of southern India. Now they’re spending the rest of their vacation time enjoying the islands of Thailand. The both of them are living a life they could never afford to do here in the U.S. My daughter just rested yesterday since everyone she comes into contact with in the city and on the trains is coughing, sneezing, etc and she felt under the weather, too. It was very cold yesterday, so early in the morning I prepared mom’s dinner of pasta, lobster and salad to her home. My husband and I ate at whatever time we wanted to eat and had the true luxury of not being on anyone’s schedule…not worrying about getting anyone to the train on time…not worrying about getting mom back to her house (which is very close by, but still…)…not worrying about anything. We’re lucky that we’ve always enjoyed each other’s company. I watched 2 movies that I had never seen before and enjoyed them: “Assault on Precinct 13” with Laurence Fishburne and Ethan Hawke and then “Gangster” with Sean Penn, Ryan Gosling and Josh Brolin…2 movies that I have previously passed by as I clicked from channel to channel. I was very entertained by both movies!  Today hubby returns to work and I’ll do what I do everyday: treadmill and bike, breakfast, mom’s house, reading, and whatever else comes my way. Happy Thursday Folks!

“We build too many walls and not enough bridges.”-Sir Isaac Newton

Happy Holiday Season, Merry Christmas and Good Health are wished to All.

I woke up this morning…heard my husband sleeping while I had my pillow speaker connected to my radio on WBAI, 99.5, NYC and was delighted to hear a young Bob Dylan singing live in 1963, in the middle of the night in ‘Bai’s studio as a guest of Bob Fass on his radio show, Radio Unnameable. Dylan sang Mr. Tambourine Man. That was surely a gift!

According to several sources, Sir Isaac Newton was born today (I did see his birthday for the month of January, too) in 1642. “Sir Isaac Newton contributed significantly to the field of science over his lifetime. He invented calculus and provided a clear understanding of optics. But his most significant work had to do with forces, and specifically with the development of a universal law of gravity.”–space.com

It’s cold here, about 20 degrees and the day awaits. So happy my hubby is home for the day and we’ll bring mom over to the house later for an early 3pm dinner. We have steamed lobsters in the fridge and clams, which we’ll bake. It will be a lovely dinner, just the 3 of us…daughter isn’t feeling well so will stay in the city…son is in Thailand, but we skyped yesterday.  Christmas isn’t really our holiday, but it’s such a beautiful time of year. Even growing up, I always loved the music and sang the music in glee clubs throughout my school career and my children also participated in the beauty of the holidays through their school choral groups and bands and orchestras. So, again, Merry Christmas and Peace On Earth for All!

The title of today’s posting is something I can relate to in how I’ve lived my life. In my own small way, I’ve done what I’ve wanted to do without caring for what others thought. I taught what I knew should be taught; I married whom I wanted to marry; I marched against the Vietnam War; I marched in Anti-Nuke rallies; I didn’t stay within the boundaries of the status quo…in my own small way. Spanish poet, Juan Ramon Jimenez was born on Christmas Eve in Spain in 1881 and received the Nobel Prize in Literature in 1956.

“There are three periods that can be seen in the work of Juan Ramon: the sensitive period, the intellectual period, and the sufficient or true period.”–classicspanishbooks

I Am Not I by Juan Ramon Jimenez (Translated by the poet, Robert Bly)

I am this one

walking beside me whom I do not see,

whom at times I manage to visit,

and whom at other times I forget;

the one who remains silent while I talk,

the one who forgives, sweet, when I hate,

the one who takes a walk when I am indoors,

the one who will remain standing when I die.