September 30th is a famous date in world literature; Robinson Crusoe was shipwrecked in 1659.This is from his journal, Chapter 5: “SEPTEMBER 30, 1659. – I, poor miserable Robinson Crusoe, being shipwrecked during a dreadful storm in the offing, came on shore on this dismal, unfortunate island, which I called “The Island of Despair”; all the rest of the ship’s company being drowned, and myself almost dead.”-Daniel Defoe, British Author

Hopefully, all of us will have a better September 30th…most of us…but I have a friend who just emailed me that her significant other was driving home in the middle of the night and he had a massive heart attack and he died. My friend is surely now on “The Island of Despair.” 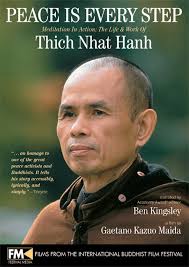 Drink your tea slowly and reverently,

as if it is the axis

on which the world earth revolves

rushing toward the future;

Only this moment is life. 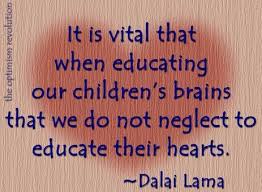 Education…What is it good for? (Now when I thought, “Education…What is it good for?” I sang it in my head to the tune of “War” recorded by both The Temptations and Edwin Starr circa 1970.)  As I took my walk through the park this morning and out loud expressed gratitude with “Thank you” to the boats, the water, the blue sky and white clouds, the park workers, the benches, the trees, the seagulls, ducks and Canadian geese, I felt like Emily in Wilder’s gorgeous play,  “Our Town.”  Emily’s monologue, “Good-bye , Good-bye world. Good-bye, Grover’s Corners….Mama and Papa. Good-bye to clocks ticking….and Mama’s sunflowers. And food and coffee. And new ironed dresses and hot baths….and sleeping and waking up. Oh, earth, you are too wonderful for anybody to realize you. Do any human beings ever realize life while they live it–every, every minute?”  John Masefield’s Sea Fever also sprung from the recesses of my mind as I strolled…”I must go down to the sea again, to the lonely sea and the sky…” All this is going somewhere…to Education…What is itgood for?  I know I was lucky having a mom who loved to read and encouraged me to read and write since forever. She also modeled the importance of education in so many ways, especially when she returned to college when I was about 6 and finished her B.A. after 10 years going to night school. Mom and Dad wanted me to be an educated person, a compassionate person, a well-rounded person and college and academics opened me up to worlds beyond my family, school and neighborhood. That’s what my husband and I wanted for our children…an education that would add to their humanity, not prepare them for a job. We never said don’t major in this or do major in that as a means to getting a career or a job. We just wanted them to love learning and continue learning after college & post-graduate degrees…to learn every day and spread the joy of learning. So, as I’m walking and I think of “Our Town,” or Thornton Wilder or John Masefield or “Sea Fever,” I wonder…who knows what I am referring to?  When my husband and I hear dialogue in a movie or a TV show that is nuanced and we get it and know that it’s referring to a book or a tidbit of history or some famous person or a song or a poem or whatever, I wonder, who knows what this is in reference to? As I do my own version of “stream of consciousness,” I know I am heavily influenced by the writings or films by filmmaker Alain Resnais or writer/filmmaker Alain Robbe-Grillet or writer Gertrude Stein,  again…thanks to education. Many times we move through our days, months, years, lives without a conscious thought to who, what, where, when or why we think of certain things; or think in a certain way; education is always there for us. It makes an experience a better experience; a movie, a better movie; a conversation, a better conversation, a book, a better book; an interpretation, a better interpretation. Education doesn’t leave us and as we age, we may forget things, but somehow, they dig their way up again. Education is integral to every part of my life and I firmly believe in a strong academic, liberal arts education.  Thanks, Mom…Thanks, Dad and thank you to everyone I’ve met along the way who in their own unique way added to my education. Walt Whitman, in the 1800s, got it right in his poem, “There Was a Child Went Forth:” (Only an education would bring that poem to the forefront of my mind…Education…What is it good for?..but you have to sing it!)…

There was a child went forth every day,

And that object became part; of him for the day or a certain part of the day,

Or for many years or stretching cycles of years.

The early lilacs became part of this child,

And grass and white and red morning-glories,

and white and red clover, and the song of the phoebe-bird,

and the mare’s foal and the cow’s calf,

And the noisy brood of the barnyard or by the mire of the pond-side,

And the fish suspending themselves so curiously below there,

and the beautiful curious liquid,

And the water-plants with their graceful flat heads, all became part of him.

Winter-grain sprouts and those of the light-yellow corn, and the esculent roots of the garden,

And the apple-trees cover’d with blossoms and the fruit afterward,

and wood-berries, and the commonest weeds by the road,

And the old drunkard staggering home from the outhouse

of the tavern whence he had lately risen,

And the schoolmistress that pass’d on her way to the school,

And the friendly boys that pass’d, and the quarrelsome boys,

And the tidy and fresh-cheek’d girls, and the barefoot negro boy and girl,

And all the changes of city and country wherever he went.

His own parents, he that had father’d him and she that had

They gave this child more of themselves than that,

They gave him afterward every day, they became part of him.

The mother at home quietly placing the dishes on the supper-table,

The mother with mild words, clean her cap and gown, a

wholesome odor falling off her person and clothes as she walks by,

The blow, the quick loud word, the tight bargain, the crafty lure,

The family usages, the language, the company, the furniture, the yearning and swelling heart,

Affection that will not be gainsay’d, the sense of what is real,

the thought if after all it should prove unreal,

the curious whether and how,

Whether that which appears so is so, or is it all flashes and specks?

men and women crowding fast in the streets, if they are not flashes and specks what are they?

The streets themselves and the facades of houses, and goods in the windows,

Vehicles, teams, the heavy-plank’d wharves, the huge crossing at the ferries,

The village on the highland seen from afar art sunset, the river between,

Shadows, aureola and mist, the light falling on roofs and

gables of white or brown two miles off,

The schooner near by sleepily dropping down the tide,

The strata of color’d clouds, the long bar of maroon-tint

away solitary by itself, the spread of purity it lies motionless in,

The horizon’s edge, the flying sea-crow, the fragrance of salt marsh and shore mud,

These became part of that child who went forth every day,

and who now goes, and will always go forth every day.

“I didn’t give a damn about writing for posterity. … I have never acknowledged the difference between serious music and light music. There is only good music and bad music.”–Kurt Weill

Today is a celebration of songwriters and their lyrics, their words and it’s also about the people who recorded their songs and put them in our hearts forever more! All the songs are timeless.

My Girl was recorded at Hitsville, USA (Motown) in 1964 by The Temptations and was written by Smokey Robinson and Ronald White of the Miracles.  Barry McGuire’s recording of Eve of Destruction hit #1 on the music charts in 1965 and was written by P.F. Sloan. In 1970, Janis Joplin recorded Me & Bobby McGee written byKris Kristofferson & Fred Foster.

“Smiling during brief stressors can help to reduce the intensity of the body’s stress response, regardless of whether a person actually feels happy.”–Kyrsty Hazell, Huffington Post UK 9-19-12

Having a routine, whatever it is, is a great way to start one’s day. For you it may be meditation, a mantra, stretching. Mine is very simple: I wake up early; smile; put the computer on in the basement; make my dunkin’ donuts coffee; froth up some milk; bring my coffee to the basement; check email; think of something for my blog. Smiling is important and great exercise for your face! You don’t have to feel happy to smile, but a smile can change your attitude and emotions. Smiling has several health benefits. Charlie Chaplin wrote a beautiful song that touted some of the benefits of smiling. Here’s the cast of Glee singing, “Smile:” Enjoy and SMILE!

Charlie Chaplin wrote the music for “Smile” and John Turner and Geoffrey Parsons wrote the lyrics. The melody was used in Chaplin’s soundtrack in 1936 for his movie, “Modern Times.” It’s such a beautiful song and I provided an updated version by the cast of Glee. Did you smile once yet as you read the above?  I hope so!

This morning I saw that radiatingblossom.wordpress.com had visited my blog so I visited radiating blossom and saw this poem. Thank you! This is such great advice, a great prayer or mantra or however way each of us wants to make use of these wise words. Happy Monday Everyone!

Write it on your heart…

Write it on your heart

that every day is the best day in the year.

He is rich who owns the day,

and no one owns the day

who allows it to be invaded with fret and anxiety.

Finish every day and be done with it.

You have done what you could.

Some blunders and absurdities, no doubt, crept in.

Forget them as soon as you can, tomorrow is a

begin it well and serenely,

with too high a spirit to be cumbered with your old nonsense.

This new day is too dear, with its hopes and invitations,

to waste a moment on the yesterdays…

On another beautiful note, on this date in 1997, Jackson Browne released his album: The Next Voice You Hear: The Best of Jackson Browne

This is a wonderful collection of so many gorgeous songs. I love Jackson Browne. Enjoy some songs from this collection: