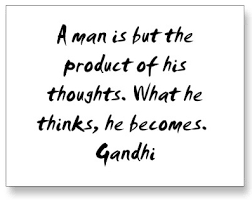 This morning, the singing of the birds beckoned me to rise from my bed and start the day on a positive note. As I rose, I thought about the interview I saw last week on Oprah’s OWN station with Oprah interviewing the writer, Sue Monk Kidd. In 2002, I read Kidd’s, “The Secret Life of Bees” and loved it…didn’t love the books that came after. Recently, I read her latest book, “The Invention of Wings,” which I really enjoyed, but not as much as “…Bees.” Anyway, I thought of what Sue Monk Kidd said in the interview…to paraphrase, she said, “We become what we pay attention to.” I’ve been thinking about that since I heard it and trying to be more positive in life…instead of focusing on minor aches and pains or inventing “what if” scenarios for things that may never happen. I’m focusing on what I am grateful and thankful for. The singing of the birds inspired a quick haiku this morning:

I heard singing birds
Calling my name to join them
So I rose and did.

And now, just as I finished printing the haiku, my wonderful husband just put on“Looking into You: A Tribute To Jackson Browne” CD with Don Henley and Blind Pilot singing, “These Days,” yes, so thankful. “Well, I’ll keep on moving, things are bound to be improving, these days.” (Jackson Browne)

We become what we pay attention to…yes…music always helps…we just listened to Roseanne Cash’s newest album on vinyl, “The River and the Thread” and we give it a thumbs up, especially “Etta’s Song,” which I can listen to over and over again. It’s a beautifully produced album, just the pureness of Roseanne’s clear voice and the clarity of the instruments and her wonderful musician husband/arranger John Leventhal. We are also looking forward to listening to our newly acquired, “Quiet About It: Tribute to Jesse Winchester,” which we’ll listen to later. This cd was released in 2012. It was so very sad to learn of Jesse’s death. He was a beautiful songwriter and had such a lovely presence on stage.
My readers…I have been checking in to see what’s going on in your blogs and am enjoying all that I read. I hope to return more vigorously to my blog. I am thinking of using a new WordPress theme and perhaps when my son returns from India for a vacation in June, we’ll work on it together. He is finishing his first year of teaching in India and has one more year to go. From there who knows where he’ll go, but he’ll go. Just this morning, when we saw each other on Skype, he said he has amazing parents and he is who he is because of his upbringing. Music to my ears. As a parent, you do what you do and hope something sinks in and you don’t expect any thank yous or accolades, but my son is always giving us applause…this from a kid who didn’t like reading or writing and went to school to socialize. It’s heartwarming hearing his hopes, dreams and the absolute confidence he has in himself. He said he and his girlfriend have a 5-year plan…it’s great that they are doing all of this traveling now before children and mortgages, don’t you think? My daughter is doing well in NYC; my mom is hanging in there and for over 90 she’s doing great! My hubby recently retired, but is continuing to work at his present job 2.5 days per week…there are still bills to be paid and improvements on the home to be made and then he’ll fully retire. It’s so wonderful we live in the same town where he works. Now that the nice weather is here, I am doing my daily walks in the park and paying attention to everything I see there. I want to become what I pay attention to. Ah…now Jimmy Lafave is singing Jackson Browne’s “For Everyman,”
“Everybody’s just waiting to hear from the one
Who can give them the answers
And lead them back to that place in the warmth of the sun
Where sweet childhood still dances
Who’ll come along
And hold out that strong and gentle father’s hand?”-Jackson Browne

I remember Linda Loman telling her sons, “Attention Must Be Paid,” and I never forgot that line from Death of a Salesman by Arthur Miller. Willy mattered to Linda and wanted him to matter to their boys as well despite Willy’s shortcomings. If we become what we pay attention to, perhaps we have to look further into someone to see their goodness and pay attention to that instead of all of the “what ifs,” and “what coulda beens.”

NOTE:  I had a lot of trouble printing this posting the way I usually do!!!!  I usually take my word doc and copy and paste it using the “comic sans” font and it usually looks very nice and the hyperlinks work out well, too. Well today, the print looks so plain when I paste it and none of my hyperlinks came out…I had to insert them on the blog itself. If you understand what happened, please advise…Thanks!!!!!

5 thoughts on ““Tell Me What You Pay Attention To and I Will Tell You Who You Are.”-Jose Ortega y Gasset”