“To acquire the habit of reading is to construct for yourself a refuge from almost all the miseries of life.”  ~W. Somerset Maugham

Like many of you out there, I have always been a reader; started very young and was encouraged to read and write by my parents. All through school I read lots of books and wrote lots of poems and stories. As a teacher I would tell my students that the more you read, the better you read; and the more you read, the better you write. Reading and writing go hand and hand. I passed the love of reading onto my children, though my son fought it and didn’t become a reader or writer until later on…more so when a graduate student. My daughter took to it right away. Each child is different.  Currently, I just started “The Goldfinch” by Donna Tartt, which has received very good reviews that I usually ignore. I’m not one to choose books by looking at book lists; only what strikes a chord as I’m reading the blurb. So far, so good, but I just started. I so enjoyed the last book I read, “The Invention of Wings” by Sue Monk Kidd, whose “The Secret Life of Bees” I truly loved 12 years ago, even enjoyed the movie, a rarity. Since mom is pretty much homebound, I am always looking for books for her to enjoy. She finds big books too big and too heavy to hold so now I’ve been getting her paperbacks like small mystery series set in England…nothing gory. Also, when I can find a good book set in WWI, like the wonderful, wonderful Maisie Dobbs series by Jacqueline Winspear, I make sure to order those through my library. I refuse to buy books. No room. The latest WWI book that mom loved was “Somewhere in France: A Novel of the Great War” by Jennifer Robson, which I may read too, after I finish “The Goldfinch.”  Reading brings joy. Reading distracts. Reading takes me places without moving one step! Gotta Love it! 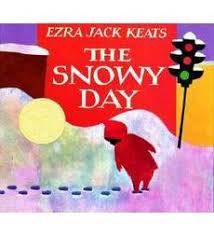 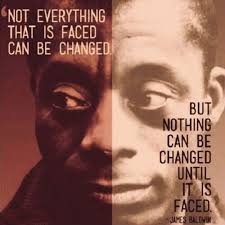 “One winter morning Peter woke up and looked out the window. Snow had fallen during the night. It covered everything as far as he could see.”-Ezra Jack Keats, The Snowy Day

The author/illustrator, Ezra Jack Keats has always hit a home run in the elementary school classroom. His stories, seemingly simple with simple illustrations appealed to children from all over the world. I’m sure they still do. “Ezra grew up and lived in New York City, where he saw children of different races and nationalities every day. And as the child of struggling immigrant parents, Ezra knew what it meant to feel like an outsider. When he was a young man, he happened to see a series of photos in a magazine of a little boy who was black about to get an injection. Ezra kept these pictures for many years without knowing why they were so important to him. When he decided to write and illustrate his own picture book, it struck him that all the children’s books he had ever seen were filled with white children. That was when he realized why he had kept those pictures. This little boy was going to be the hero of Ezra’s book, and, in a way, to represent Ezra in the world of his own childhood.”-ezrajackkeats.org

I was a teacher who taught about all cultures in my classroom and didn’t limit my lessons to particular months, i.e. February is Black History Month…March is Women’s History Month…October is Hispanic American Month…May is Asian Pacific Heritage Month and so on.  In a way, the designations of teaching certain cultures during specific months forced teachers to at least get a lesson in on that particular culture/race/heritage. There are classrooms that would never get even one lesson if not for those assigned months…sad to say.

This month, personally, gives me the opportunity to revisit writers, artists, philosophers, entertainers, sports legends, actors and so on that I have admired for oh so many years. Today I choose writer/observer James Baldwin and writer Nella Larsen of the Harlem Renaissance era. I used to love listening to James Baldwin when he was interviewed…the tone of his voice was mesmerizing and he never held back. I’ve read everything he wrote and ditto for Nella Larsen who doesn’t have a large body of work.

Here’s what Baldwin had to say about education many, many years ago: 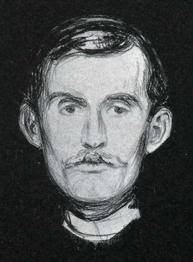 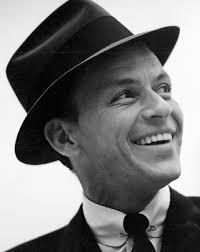 Munch was quite ill as a youngster and endured the deaths of his mom, sister when he was really young and then later on, while a young man, his dad and his brother. One of his sisters suffered from a mental illness. At 45 Munch had a nervous breakdown and he also was an alcoholic. Much personal turmoil went into his famous painting, “The Scream.”

“For as long as I can remember I have suffered from a deep feeling of anxiety which I have tried to express in my art. Without anxiety and illness I should have been like a ship without a rudder.” -Edvard Munch

Lillian Smith’s slim novel, “Strange Fruit” with its black hardcover stood on the book shelf in my home as a youngster and I read it as a teenager.  The book was published in 1944 years after Abe Meeropol’s song with the same title was released and became associated with Billie Holiday. Smith’s book, in spite of being banned in some cities, went onto become a bestseller and was translated into several languages. Lillian Smith came from a comfortable southern family; went to Peabody School of Music; taught in China; Ran a camp; founded a literary magazine in North Carolina that published writings by both black and white authors and continued throughout her life to speak out on racial injustice, segregation, lynching and never backed down.

“When you stop learning, stop listening, stop looking and asking questions, always new question, then it is time to die”-Lillian Smith

Ol’ Blue Eyes was a favorite of my dad’s and he had many of his LPs. My husband and I inherited some of those LPs and also enjoy listening to Frank Sinatra croon a tune…there is no better. Frank Sinatra was active in supporting Civil Rights…”In 1945, he appeared in, produced and won an Oscar for the 1945 short film “The House I Live In,”Â a plea for tolerance. Later, he put his own career at risk when he refused to play hotels in Las Vegas that would not allow blacks to stay there. He was, actress Angie Dickinson recalled, “a very powerful, subtle force in civil rights not only in Las Vegas.”  The repercussions never worried him. “When I believe in a person or an idea or a cause,” Sinatra once said, “I go all out in my efforts regardless of possible consequences.”–Steve Pond, Sinatra.com

December 12th, 2013…3 creative individuals born today and did it their way. 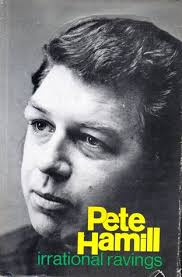 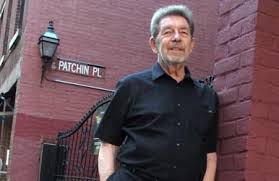 “There are 10,000 books in my library, and it will keep growing until I die. This has exasperated my daughters, amused my friends and baffled my accountant. If I had not picked up this habit in the library long ago, I would have more money in the bank today; I would not be richer.”-Pete Hamill, Journalist/Author

I’m not sure how known Pete Hamill is outside of NYC, but I’ve enjoyed his newspaper columns and books for many years. Like me, Pete Hamill was born in Brooklyn, in the Park Slope section. He may be known in some quarters as a long time paramour of Shirley MacLaine…after reading her daughter’s memoir, I wonder how he lasted so long with Ms MacLaine! He also dated Jacqueline Kennedy. Pete Hamill is a REAL New Yorker…loves baseball…enjoyed a drink and thankfully stopped his drinking life in the 70s. “Alcohol seems always to have played a role in Hamill’s life. Some of his first memories are of his father, Billy Hamill-who lost a leg to gangrene after he was injured in a soccer game-coming home drunk. Or of his father spending time in neighborhood bars and the young Pete thinking, ‘This is where men go. . . . This is what men do.’  At the same time, fascinated by comic books, Hamill recounts how-in a bit of symbolism heavy enough to trip over-he realized that the comic heros got many of their secret powers from drinking secret formulas. ‘The comics taught me . . . that even the weakest human being could take a drink and be magically transformed into someone smarter, bigger, braver.”–Interview with Pete Hamill, 2/15/94, Conducted by Janet Cawley, Chicago Tribune

He stopped drinking cold turkey and continued writing. Hamill has written about: baseball, growing up in Brooklyn, art, comic books, and many other subjects. He is also the author of numerous short stories and novels.

Pete Hamill is 78 today, he’s been writing for over 50 years. Read his entire bio here.