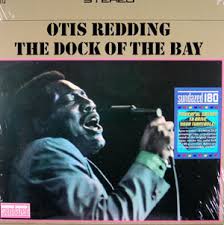 I know I haven’t blogged in about 4 days; just not in the mood and this is after I renewed the blog for another year!!!!   My mom’s brother isn’t doing well, was told he doesn’t have much time and perhaps that has been getting me a little down. He’s my favorite uncle; a retired Professor Emeritus from a Pennsylvania college; a scholar whose books on some remote Habsburg Family in Vienna have been well-received; a man who marched during the Civil Rights Movement and just a loving uncle who made me laugh as a little girl when we held our seders in my bubbie’s home upstairs from my family. Even though doctors can estimate how much time a person may have, we never really know…so…I just hope my uncle remains at home and is comfortable. His major concern is finishing his book, but I heard that someone in Germany will be able to help him finish, so that is good news. He has been taken off of most meds except the Parkinson’s meds.  So, readers, keep my uncle in your thoughts. Thanks.

Other news for this day: Otis Redding released “Sitting On the Dock of the Bay” in 1968, a song that he co-wrote with Steve Cropper and the world sang along with The New Seekers when they released “I’d Like to Teach the World to Sing” in 1972. Both songs gave voice to so many feelings each and every one of us have had. I know I used to teach my students “I’d Like to Teach the World to Sing” and whenever Otis came on the radio, I was sitting there right with him singing.